If Only Vintage Sewing Patterns Could Talk …

But it hasn’t stopped me becoming fascinated in recent years by collecting original patterns from the 50s, 60s and 70s.

It’s not just the designs which fascinate and inspire me – it’s the human stories these old, battered, flimsy, dog-eared paper envelopes contain.

I can’t help wondering who sewed this particular outfit in the pre fast-fashion days? Was she a good dressmaker or someone for whom sewing was a chore? Who helped her fit it? Did she stand on the dining table while her mother or sister or friend pinned the hem for her?

If you are familiar with current dressmaking patterns overprinted with instructions, cutting lines, seam lines, straight of grain indicators and outward facing notches, you’ll gain a new level of respect for your female forebears when you see a ‘naked’ pre cut tissue pattern of old and its myriad of punched holes!

What event was the dress made for? Was it a dance hall night out to meet a new beau or accompanying her ‘Mad Men’ 1950s husband to a work cocktail party? Was she wowed by a pattern which claimed to be an authentic Hollywood Style or by a Vogue Paris Original?

Of course, there’s evidence on many of the pattern envelopes. I can’t tell you how much I would like to know who was heading to Ambassador’s Ball – and in which country – and where Mrs Bodkin was heading for once her dressmaker ran up the chic little number.

You can always tell the ones which were made up by dressmakers rather than home sewers as the envelope usually has the client’s name written on it (always ‘Mrs’ and never a first name) along with a long list of her measurements. And, there’s often an emphatic circle drawn around the style on the front of the envelope so that the correct version of a gown is made. Or indeed, an overdrawing on a sleeve or skirt to show a style alteration to the original pattern.

Sometimes these paper bundles contain a surprise like a hand-written note. Or more frequently, from the days when magazines like Woman’s Realm and Women’s Own ran subscriber offers for dressmaking patterns, the original advert torn from the pages and saved from the magazine and united with the pattern on arrival. Some are still in their original postage envelopes which makes dating them easier from the postmark.

Sometimes you can come across untouched patterns – still factory-folded - and I find these troublingly sad. Why did this outfit never reach the tailor’s dummy in the days when a pattern price was a significant investment? Did she find an outfit she preferred leaving this untouched pattern as a historical record of a more stylish time?

There’s one category of pristine patterns which cause me even more despondency.

It’s the totally untouched wedding dress patterns – immaculate in their unsullied envelopes – no measurements, no excited unfolding, no fabric selecting with her mother…

I’m moved to wonder what happened to these brides to be – were they let down by their fiancé? Did she call it off? Did he call it off? Did she have to be married ‘in haste’ and there was no time to make a white gown with an expanded waistline? Did her mother deem that ‘white’ was no longer appropriate?

I can but hope that these immaculate wedding dressmaking patterns were relegated to the bottom of someone’s grannie’s ottoman because another design was promoted to the top of the wedding fashion league instead.

If only they could talk. 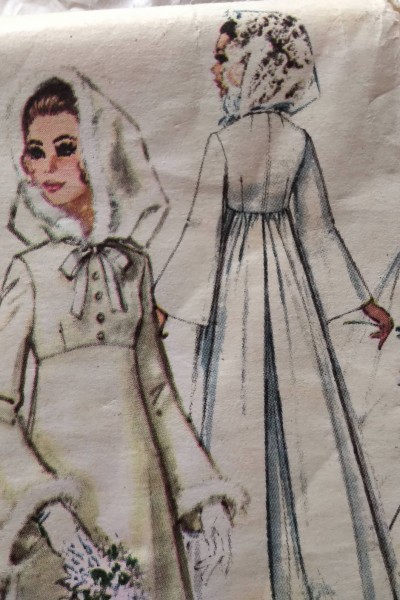 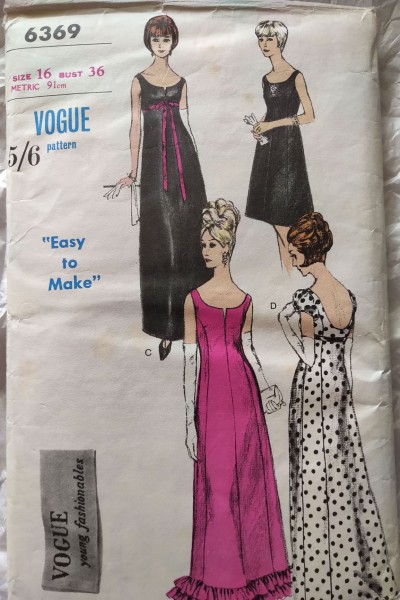